In a general sense, a “trigger warning” is considered a statement alerting someone that content may contain potentially distressing material. Regardless of the initial intent of introducing trigger warnings, they are currently used beyond just for people with PTSD and are increasingly “misused” – with less and less apparent or consistent meaning (as are most social concepts really…)

Its like the debate about political-correctness. Does increased sensitivity (and therefore more restrictions) infringe on freedom of expression or make people more emotionally fragile being sheltered from the real world? 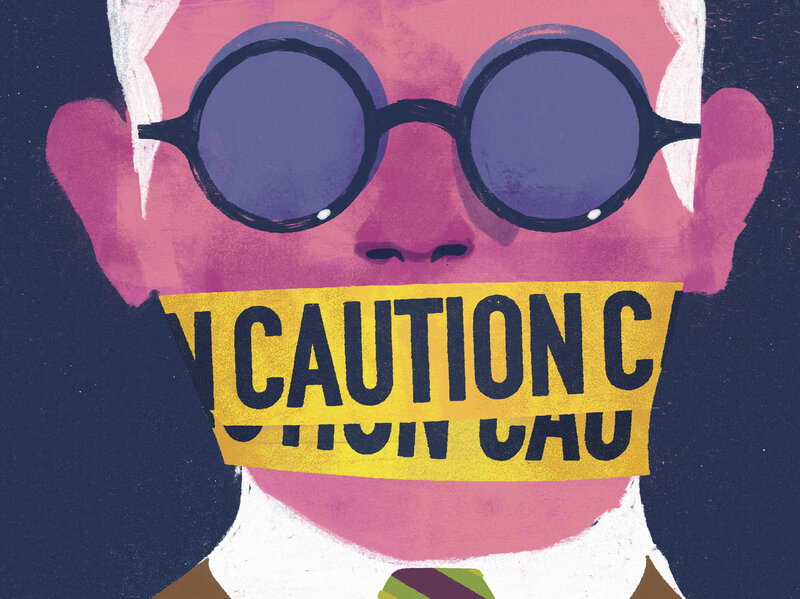 In discussing the efficacy (or lack thereof) of trigger warnings, you have to define what purpose exactly you want them to serve. For instance, where people thought these warnings would allow people to “mentally prepare” to receive sensitive information, evidence suggests that simply forewarning people about distressing content doesn’t actually reduce stress upon subsequent presentation.

In contrast, clearly outlining a brief overview of what content people can expect in certain situations can still be affective at giving people the opportunity to choose whether or not they want to put themselves in a vulnerable situation. The key thing in my mind being giving people a choice.

In extreme cases people have suggested trying to completely remove potential triggers entirely. I say “try” because this is just unrealistic. For example, some profs have stopped teaching rape law completely in attempt to protect vulnerable students. In response, others argue that rather than trying to protect everyone from things they will inevitably encounter, we should do what we can to become equipped to thrive in a world full of things we cannot control.

In most cases, exposure to “triggers” is an inevitable part of life. In fact, in many forms of psychotherapy or treatment, strategic presentation and confrontation of stressful stimuli is critical to helping sufferers overcoming their illnesses. Avoidance of triggers is often considered to be part of detrimental coping mechanisms associated with mental illnesses to begin with. If people are truly at a level of functioning where they can’t safely navigate the “triggers of everyday life” the hope is that they have access to resources or to a safer environment in which they can regain their footing.

Like anything in psychology or sociology, the response to triggers warnings can be vast and varied. There’s no one correct way to interpret the situation as responses are so individual and personal.

Some people suggest that continually being confronted with these warnings may contribute to trauma-survivors feeling constantly vulnerable and like they are unable to cope. These warnings have been thought to even contribute to the perception of threat where there is none (making people more likely to interpret situations negatively) or that their common usage may change the perception of others or one’s own, emotional resilience and vulnerability.  Beliefs about your own vulnerabilities and emotional resilience themselves have significant impact on how you respond in vulnerable situations. Researchers say that this self-fulfilling prophecy emphasizes the stereotype that people will be irreparably impaired if they have experienced trauma and perpetuates sufferers’ increasingly identifying with their disorder. Trigger warnings might perpetuate the stigma that everyone who experiences trauma is left impaired in some specific way.

Does the connotation of the word “trigger” bother you?

Personally, I think this dives too deeply into minutiae of the saying that likely carries little of its original meaning anymore.

While I do think that throwing out the saying “trigger warning” or hash-tagging your posts “#TW” can indicate to people that the content they may engage with could be potentially upsetting and present them with the opportunity to choose otherwise, the actual significance of these precautions might be lost. Simply writing “TW” on a post doesn’t absolve you from any potential negative impact what you say might have on others. It doesn’t give you the right to be offensive, discriminatory or abusive. Obviously you can’t sensor people’s right to free speech, but there may be danger that in superficially acknowledging triggers, people may feel that they are allowed to proceed with sharing increasingly hurtful or insensitive content. That being said, its everyone’s individual responsibility to be careful when they are entering into a realm where they know they might be more vulnerable just as the people sharing content are expected to do so without causing harm, just as “freedom of expression” is subject to “reasonable limits”.

Of course another challenge arises based on where the trigger warnings are actually found. Trigger warnings applied to a university syllabus, or to a mandatory training course that you may have to take for your job are far different than that on a random blog post you can easily scroll past online.

We can’t sensor expression nor can we navigate disturbing and/or distressing issues without discussing them. Potentially triggering situations will always arise in some form or another, and there’s no way to know all materials that could be a trigger to someone. You cannot protect everyone from all potential triggers, it just can’t be done. It therefore falls on both those who may respond to sensitive content and those presenting it to be cautious and courteous (and just generally considerate and sensible human beings).  There should however, be resources in place for people who find themselves in circumstances that are overly distressing. In an ideal world, resources for everyone with mental health problems would be available in the first place…

While they may be well-intentioned, trigger warnings can both help and hurt. Holding unrealistic expectations of the role of triggers warnings as labels reduces our ability to see the idiosyncrasies of how any individual can respond differently. A simple label does not contain the solution to helping people with their mental health vulnerabilities but does present them with the opportunity to guide themselves in sensitive situations. Its important for people to be aware of how delivering potentially distressing content may affect others just as its important for those to know when they might be exposed to it themselves. Its neither the fault of the former for presenting the information, nor is it the fault of the latter for being upset by it.

I’m a biology & psychology student who is passionate about mental health. As creator of the #MentallyMe movement I hope to create connection with those similarly discovering their identity beyond (but not excluding) mental health and mental illness. With my social media platforms I hope the transparency of sharing my healing journey will help promote advocacy, understanding, and compassion. Feel free to reach out.